Daily affirmations, gratitudes, what I accomplished, my travels or my creative writing…

So many things to journal about!

It is such a healthy outlet!

Here’s my favorite journal experience. Brought to you by Kallie A Knight. With your choice of covers.

Each one meticulously put together with a vibrant cover. Plus right now they are only 7.99 ea!!

Practically a steal with over 150 pages.

So far I have ordered one of each.

There is another new cover being released in the next 2 weeks.

Yes! My daughter is getting married today!

I wrote the above this morning after taking the fur kiddos out!

Have a wonderful Sunday all.

I am counting the days until I have Wifi and can get back into routine!

Who knows if Frank ever truly loved her for his forever, as he vowed. The answer to that question was buried along with him.

It was cancer, as he had foreseen. It hit him as second cancer, according to the experts. It wasn’t longer than 6 months after, his one year “cancer free” anniversary. Six months after he had told her he was going to die soon anyway, so he wanted his freedom. Therefore, she could start grieving him now. “Just pretend I have already passed on”, were his words.

Kate thought he was hilarious. “Since when in the last 3 years, have you not already done exactly what you wanted?”, she chuckled along with her reply. He smiled that odd secretive smile he often used when he was already living inside his own thoughts. Hugged her and walked away.

Kate knew all too well the difference between “pretend” death and the real thing. She knew when a person was gone,eventually, those

left behind, could find solace. There was an acceptance of knowing their loved one, was no longer in pain and felt at peace.

When she was fifteen, her mom, lost a 3 ½ year battle against leukemia and cancer. Her father had gone to the other side after a sudden heart attack in 1998. Then bone cancer that moved upward, took her older brother in 2007, when Kate was in her early forties.

Often, on a bad day, she would still talk to them. Instinctively, Kate felt them as they watched over her. Angels.

She thought of them as protective angels,

keeping herself, her children and later her grandchildren from harm.

Hell, her theory was

proven when she was barely 16. One late,sunny summer afternoon, as they were cruising up the road on his dirt bike. Suddenly, she hollered into her high school boyfriend’s ear,

“YOU HAVE GOT TO PULL OVER, I HAVE TO GET OFF!”

From nowhere, she had this desperate anxiety flood

every nerve in her body. Panic succumbed her thoughts. The message?

Dave, being the loving, caring boyfriend that he was, pulled over to the side of the country road. She hopped off. He looked at her, shrugged his shoulders, gave her the, are you sure look? She nodded. They were approximately 1500 feet from the base of his parent’s driveway. Slowly, he pulled away.

Just as he turned onto the hill of the driveway, the bike’s throttle stuck, discovering the brakes were gone, he had no choice but to jump off. Somehow, the bike, remained

perfectly upright. It gained speed up the hill, across the driveway and crashed

full throttle into the garage doors at the other end. He could hear the high pitch wine of the engine that within seconds, sputtered and died.

Kate came running. Still laying on the side of the driveway, Dave looked up at her and asked, “How THE HELL, did you know?”, “I didn’t.”, she replied, still slightly out of breath. “All I knew, was for some dang reason, I just HAD to get off that friggin’ bike!”

Sitting up in the grass, he reached for her and pulled her close. She snuggled in and the two of them just sat there for an hour or more, holding each other. They quietly chatted, as young lovers do. Occasionally, one of them glanced towards the mutilated dirt bike.

That, was the day it started…

Thought I would try my hand at a short story.

In all honesty, I picked up a new journal the other day.

As I was putting away the groceries, I picked up a pen and that story wrote itself.

Some is fiction, some is not.

Photography, copyrighted and compliments of K of TheBlackWallBlog. 12.18

Of what you have done

With the agonizing pain

Imprisoning her in a world

of your love and warmth.

Then yanking them away

Knocking her off her feet.

The dust of comfort

And peace to settle.

You are an idiot

Behavior is your specialty.

Knowledge of all the facts.

The only existing copyright

Belong to God and the

To think all her pain

If only you were who

My only hope is

That I have saved her

I know she wishes you

And will always be dumb

Enough to hold a tiny spark

For she is a beautiful

believer in the power

Of good in everyone.

“Lots of people want to ride with you in the limo, but what you want is someone who will take the bus with you when the limo breaks down.”-

“The one who is meant for you encourages you to be your best, but still loves and accepts you at your worst.” – Unknown

Kind Regards as I help a friend – K

As I continue my quest to ready myself for the move from NH to NC.

Between my parent’s stuff and my children’s stuff from birth through school days into adulthood!

Add years of all my crafts, sewing, woodworking along with miniatures in the 1/12th scale!

Sorting and sorting from nooks, crannies, totes, closets and file cabinets. All tucked away in the garage, storage and closets!

Am I a hoarder or a sentimental Ol’ fool? 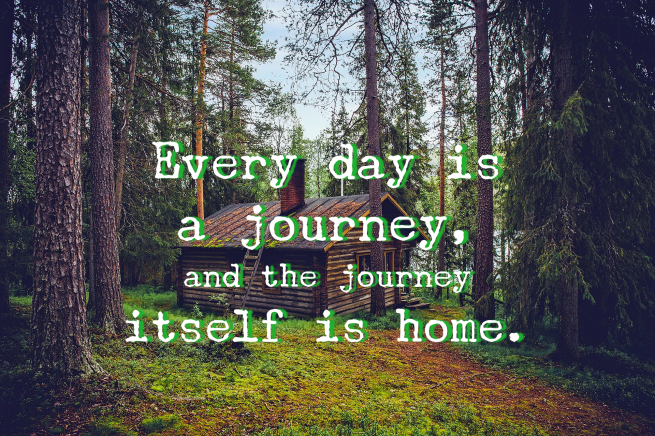 “A Blind Date When Opposites Attract”

Oh! Wowser! My head is reeling and my heart is singing!

I’m not giving any hints!

One of the wonderful things I learned from dark depression is, for me, a most helpful and fulfilling part of my lifetime gathered hand dandy survival tips and tricks that are carried in my tool box-are best shared with a side of humor, gratitude, New England photography with my sidekick BGage, creative writing and wit. I help "me" by sharing and listening to other's tales and tips of success. Trust me a lot of people carry those tool boxes. Just because you don't see them doesn't mean they aren't there.

LIKE WHAT YOU SEE? Why not buy me a DD coffee?